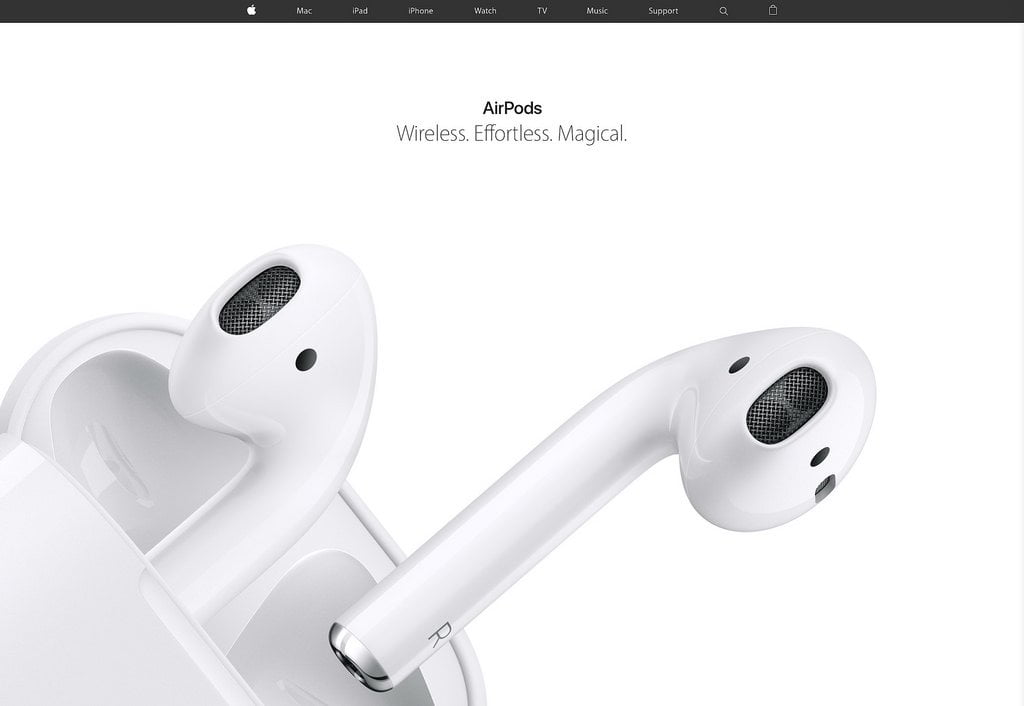 When the AirPods came out, I was a bit skeptical, perhaps like most people…

I thought I didn’t need them as I had a fantastic pair of Bose headphones for sound quality and the regular Apple earphones for convenience.

I was also using a Jabra earpiece and a Hands-free car speaker.

However, after months of disappointment with the Jabra earpiece and the Bluetooth hands-free car speaker most being sub-par in terms of quality, comfort and usability, I had enough, it was time to look for the best the market had to offer for bluetooth devices.

I started checking the Apple AirPods, reading reviews, checking star ratings, exploring their features and benefits and I got stunned: according to a recent survey, they hit 98% customer satisfaction, above the iPhone and Apple Watch!

I had quickly glanced the competition and couldn’t find such a beautifully designed, powerful, functional and awesome device.

I ordered them and got my hands on them 6 weeks later.

They are clearly the best earphones I’ve ever owned and just the simple fact that they are bluetooth-enabled and don’t even require a wire between them is to me an incredible achievement.

The first thing I tried was putting them in my ears, and shook my head down to find out if they would stay put.

Unbelievably, they did not move at all. That comforted me in using them while running or cycling without fear of losing them.

Open the case near your iPhone: done. They’re paired. That’s it. Did you expect a complicated step-by-step procedure?

Sorry to disappoint folks, it’s as easy as that.

Oh, did I mention that they automatically pair with the current device you’re using?

Watching a movie on your Macbook? Paired.

Picking up a phone call on your iPhone? They switch.

Wanting to use only one so you could hear what’s going on outside like driving? Only the one in your ears plays.

They have an infrared sensor to figure out when they’re in your ears – brillant!

They can even pair with your latest Apple TV to watch movies without bothering a significant other for example.

I don’t think I’ve ever been blown away by the sound quality and profound and clear bass from such a tiny device.

I don’t even know how they managed to achieve this.

On top of all that, Apple has added an accelerometer to them to help with finding out when you’re picking them up to connect and start playing and to allow you to tap twice on one of them to invoke Siri.

As an example, I kept my iPhone in my bag on the beach so it would not necessarily attract attention and to also avoid damaging it with sand or salty water, however, using Siri with the AirPods allowed me to change the volume, request specific songs and much more.

That is one big topic for any of our electronic devices nowadays, how long are they going to last before I need to charge them?

Once again, Apple delivered. They can last up to 5h on a single charge, 24h with the help from the case and a quick 15 minutes charge in the case gives them another 3h of use.

Opening the case near your iPhone will let you know how much battery is left on the case and each of the two AirPods as you may have used one of them longer than the other.

Let’s say you’re having a long conversation with someone and have used only the left one. Once you get the subtle melody that notifies you of a low battery, you can easily wear the other one that will connect quickly then put the left one back in the case for charging, all without losing track of the conversation or the person you’re talking to even noticing.

I’ve had them for a couple of months now and they are with me all the time, along with my iPhone.

I keep finding new opportunities to use them and they’re making my personal and professional life easier.

As any Apple devices, they’re also beautiful so using them feels a bit like wearing a fashionable item.

Have you used them? What do you think? Let us know in the comments below!

Get the latest news to help you succeed online

Creative Elements Consulting Inc. is a Digital Marketing Agency based in Calgary, Canada.